If you own a CPU you must have a CPU cooler fan for it. To get the best bang out of your CPU, you should have all the preparation for keeping it chill. Your valuable gaming rig deserves to be cooled with the best CPU coolers out there.

But unfortunately, not all the brands offer the best and most compatible coolers for your CPU. Luck on you, we have come up with some of the best CPU cooler brands of the year 2021! These brands will provide you with their immense models of the coolers suited to your precious CPU.

Here is the list of the best CPU cooler brands in the world 2021 with company ranking. 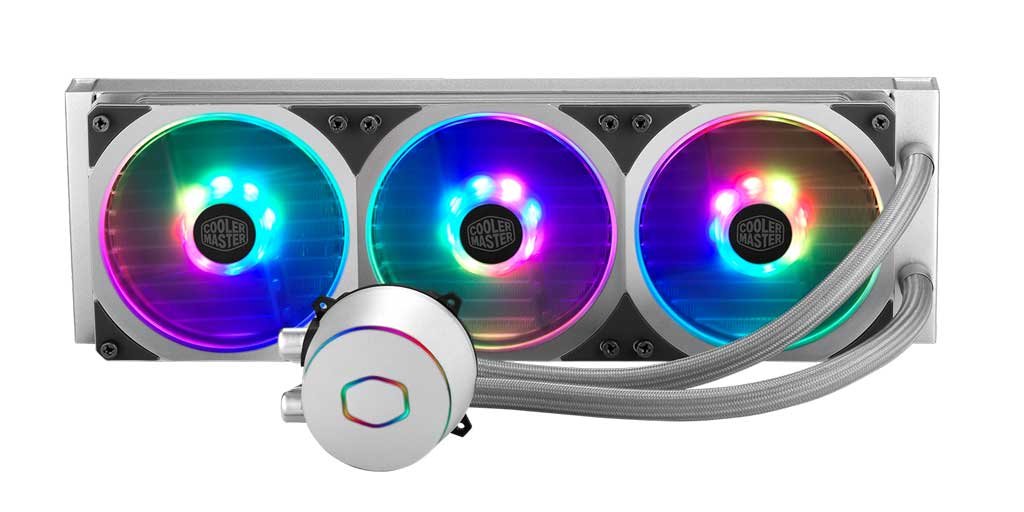 The company is known as the original equipment manufacturer of CPU coolers along with other cooling devices. The Cooler Master Hyper 212 EVO till now stands out of all other devices and also the air cooling is budget-friendly. With versatile compatibility, it has four direct contact heat-pipes.

The coolers are also featured with an airflow fan of up to 120 mm high and also, a built-in heat-sink. Also, the Cooler Master MasterLiquid ML360R is a beast from the company for extra cooling purposes. Its fan is made of high-quality technology that offers a speed of 650-2000RPM. Overall, no brand can beat the Cooler Master. It is always the best! 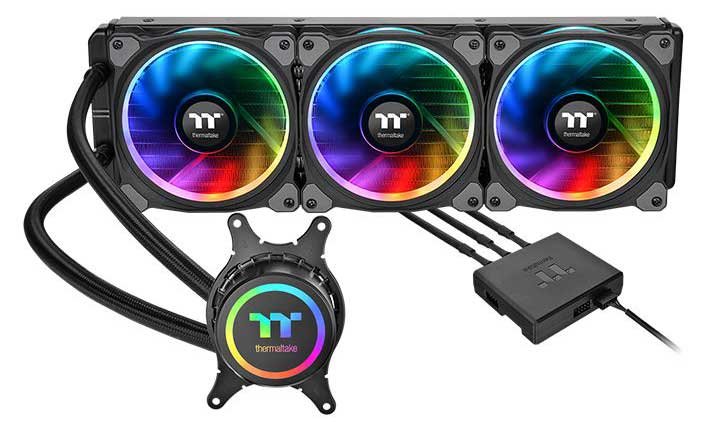 Thermaltake is the 2nd best CPU cooler company in the world in 2021. The Chinese company Thermaltake upholds the position of being one of the best brands for manufacturing CPU coolers by providing some amazing CPU cooling fans.

Along with other power supplies, the company’s cooling devices have been slaying the market since 1999. With the RGB AIO liquid cooling system, the Thermaltake Floe RGB CPU cooler is top-rated one. Enabling RGB software the cooling gadget is compatible with most AMDs and intel LGA.

The Thermaltake Floe Riing 240 TT is the company’s premium edition liquid cooling type system that is featured with 120mm+12RGB fans. It offers a speed of 1500 revolutions per minute. With high cooling efficiency, all its CPU coolers come at a classic design and easy installation process. With the silent operation, Thermaltake CPU coolers are great! 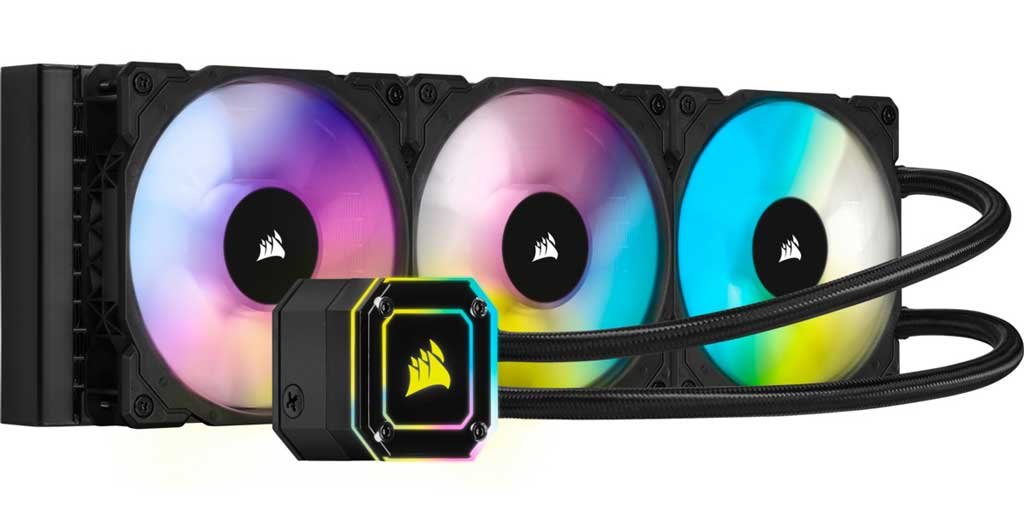 Corsair is one of the best CPU cooler manufacturers in the world in 2021. Being the first to bring the all-in-one CPU liquid coolers in the market, the hardware manufacturer Corsair is well-known. Till now the brand has offered several cooling devices to its customers.

The Corsair H115i RGB Platinum is considered the best CPU cooler out there with topnotch cooling performance. The liquid cooling device is empowered with a fan speed of 360 to 2200RPM. Producing a noise level from 28 to 50dBA the tool works great.

With the CPU block and RGB lightings, its updated version the H115i pro offers more. The company’s all-in-one liquid cooling Corsair H60 also comes at a great price value. The Corsair H150i Elite Capellix is also the best closed-loop cooler. Offering compatibility with most cases, the device is featured with 120mm PWM fans and the latest 120mm radiator. So, choosing a Corsair CPU cooler is always the best decision. 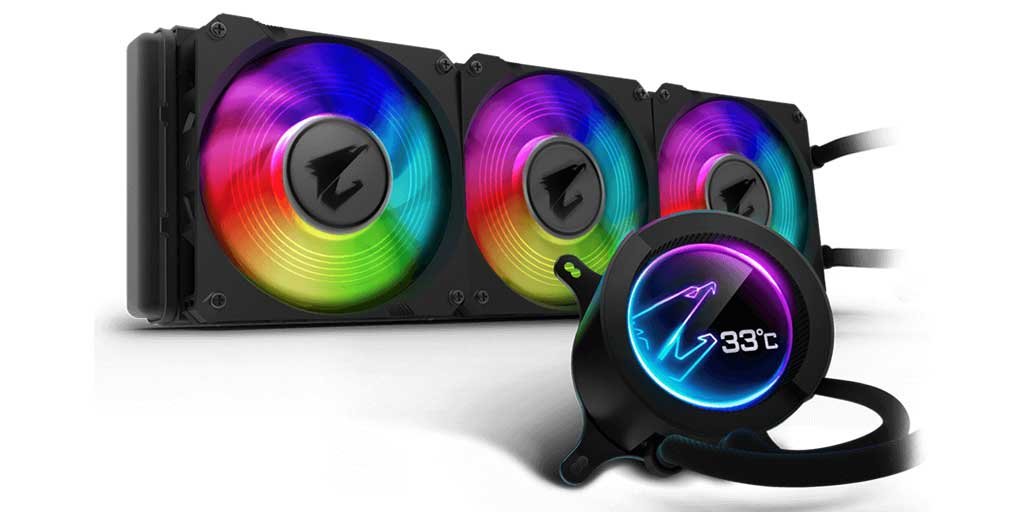 Gigabyte is also one of the popular and best CPU cooler manufacturer brands in the world. For some of the best AIO liquid RGB CPU coolers, you can look up to the Gigabyte production.

If you are looking for a 240mm size radiator then Gigabyte offers you the AORUS 240mm AIO which is their first-ever CPU cooler. With the high-quality RGB fans and customizable pump block, the device is made for full synchronization with most RGBFusion software.

The AORUS Liquid Cooler 280 is also another one from Gigabyte. The cooler is designed with a super-efficient pump that fritters away heat from even high-end CPUs. With circular LCD displays, the coolers have impressive dual ball-carrying ARGB fans. 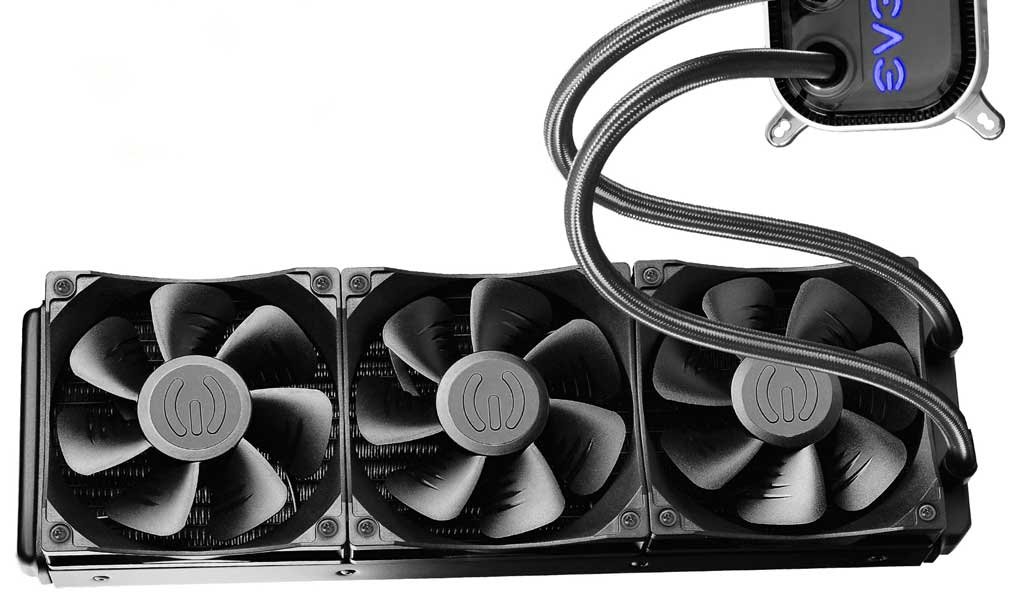 EVGA is an American company that started its journey in 1999. Along with their signature products graphic cards and motherboards, the brand has also introduced some of the best CPU coolers. Its first-ever CPU cooler was named Superclock. It is designed to make it compatible with the intel latest offerings and AMDs.

The EVGA CLC 240 with the RGB pump head is the latest one. At an affordable price, the CLC liquid cooler delivers exceptional performance. Though little compromises might show up yet, an EVGA CPU cooler can be your problem-solving device. 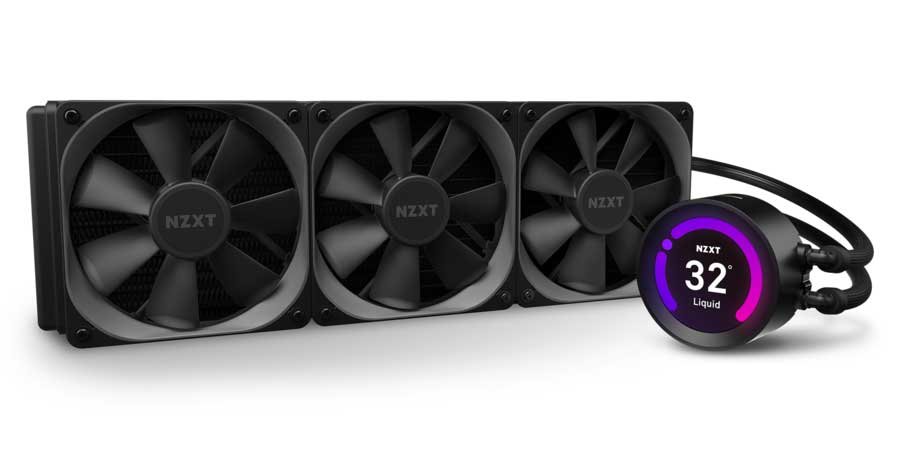 NZXT is another American brand that is also producing some of the best high-quality tech products. Starting its journey in 2004, very soon it has gained the trust of its customers. The NZXT Kraken Z-3 is considered the best no matter if you are up for a 280mm or a 360mm. offering total customization, the device delivers superior performance. 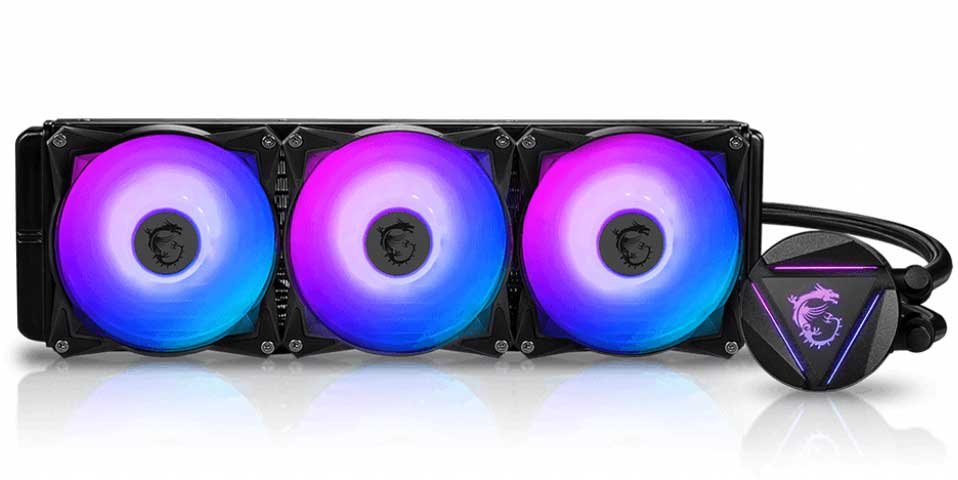 MSI as an electronic brand never compromises in providing the best component-based CPU cooler to its consumers. With two ultimate cooling solutions that are “cooler boost trinity” and “cooler boost titan”, MSI brand is leading a new era in the reign of CPU and GPU. Following the TORX Fanning technology, this brand is aligning its high profile.

The MSI Core Frozr S is the production of this brand that has been adopted with the technology. This cutting-edge technology offers the best cooling process even when the computer is running nonstop. The noise cutting formula in the fans makes the cooler very much effective. 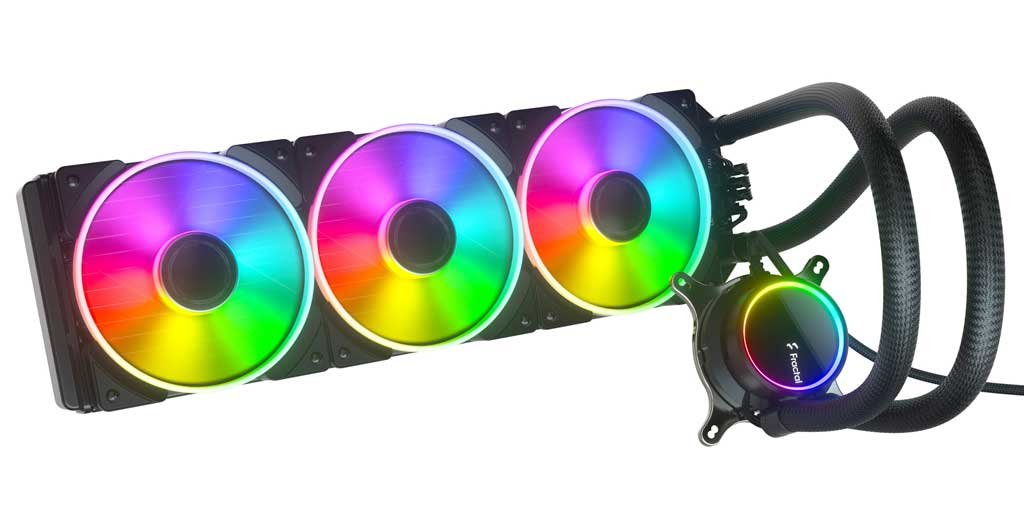 Fractal Design is popular widely for its aesthetic electronics including the CPU cooler. From the year 2007, Fractal Design is devoted to providing the innovatively designed CPU cooler to the customers who are mainly into gaming.

For optimum thermal performance, the best creation of this brand is the Big Shuriken 2 Rev. B. It comes with compact size but greater effect. With a sleek modern design, this model is ideal for Node 202. For nonstop gaming purposes, this model protects the other important components of your CPU with resilience. 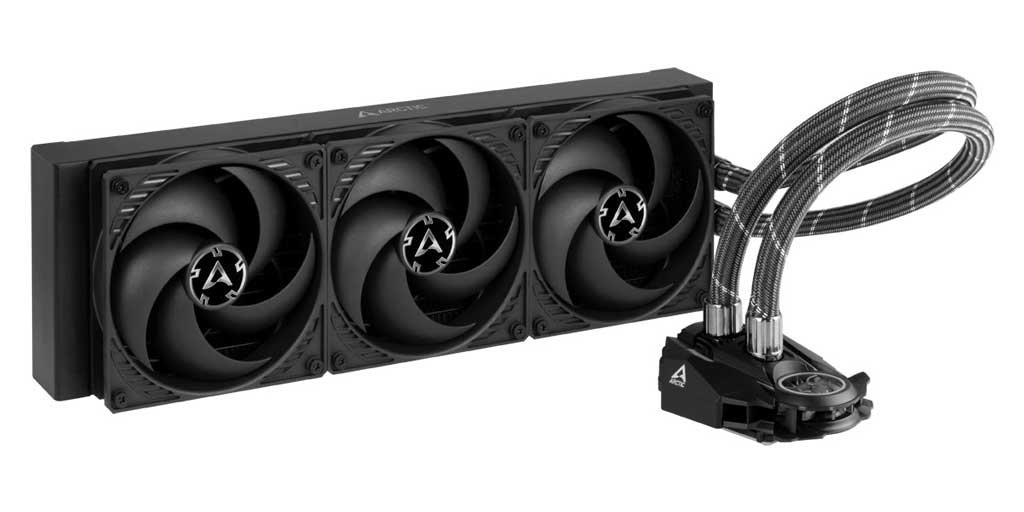 Arctic brand which is also known as Arctic Cooling started its journey making CPU coolers from the very beginning. Later, the brand started to produce audio speakers, important components of CPU and other electronic related devices.

In 2002, the brand revealed its first series of the CPU cooler. The name of that cooler was Super Silent 2000 CPU cooler. One of the best creations of this brand is Freezer 50. With quiet fanning and dual tower, this cooler is standard for every high-end gaming PC.

The American brand Antec has struggled since 1986 to offer the best personal computer components to its customers. Hence, in the case of manufacturing the best CPU cooler, the brand doesn’t lag anyway. The Antec A40 Pro comes at a great price and offers the best features.

With a larger aluminum base, the Antec CPU coolers are easy to install. The Antec Neptune 240 Advanced all-in-one ARGB CPU cooler is another one from the brand with an extraordinary ARGB LED-lit design. 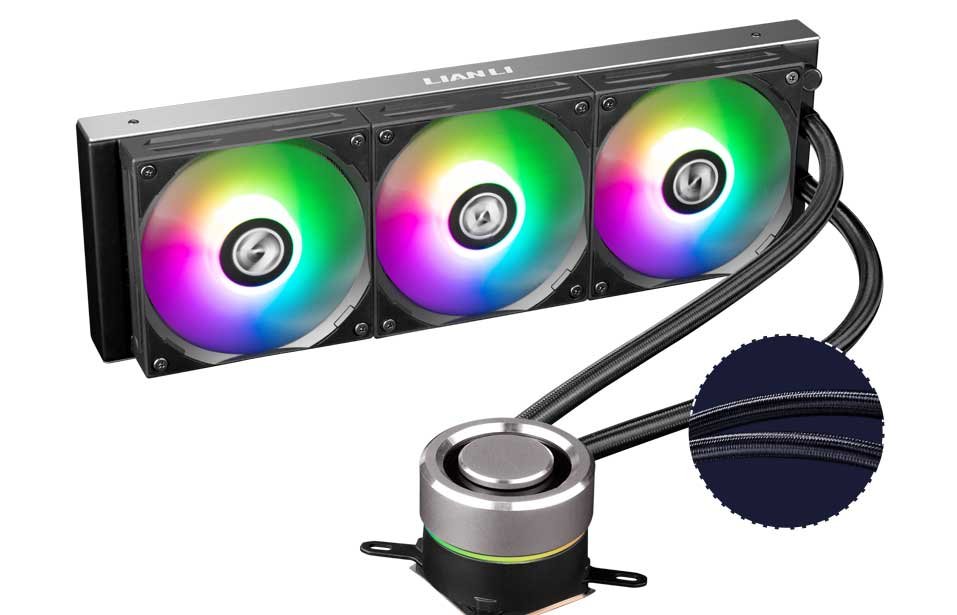 For manufacturing computer cooling devices Lian Li is quite famous and reputed. Over 37 years the company is trying hard to introduce the best products. The Galahad 360 and 240 with ARGB were the company’s first-ever AIO coolers.

Lian Li is highly recognized for its premium and elegant aluminum chassis. Hence, the coolers have radiators that have housing from aluminum. The Lian Li CPU cooler models have a speed up to 800 to 1900RPM which is great! 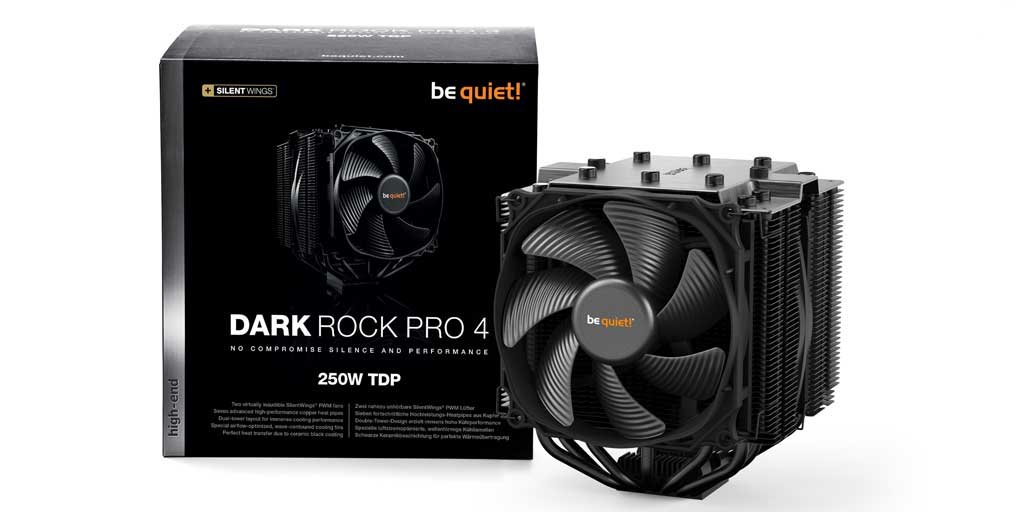 In the case of making a cooling device that offers silent operation, the brand be quiet is always up first. With some of the best building quality, the company has a lot to offer its buyers at a budget-friendly vibe. The company’s Pure Rock 2 represents all features and comfort you might need. But be quite! Dark Rock Pro 4 might bring you the peak level of satisfaction.

Supporting all RAM levels the cooler is a silent performer. It is featured with seven heat-pipes and high performing PWM fans. This is an actual mega-beast with a giant heatsink. Suppressing the noise and quiet CPU coolers are the best for gaming. 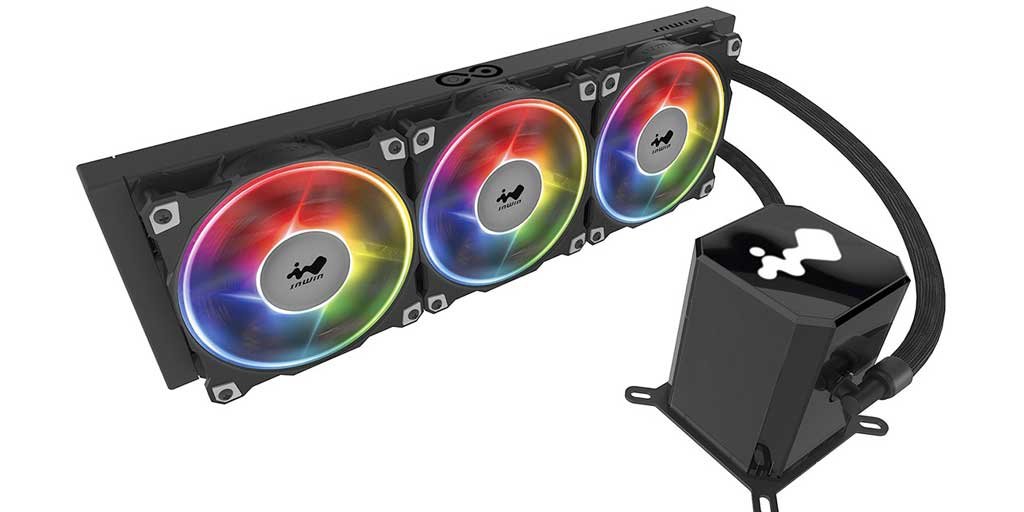 The brand InWin has also come up with some great CPU coolers. Till now the company has introduced several CPU cooler lines. The brand’s Sirius Pure ASP 120 is a silent operator and offers efficient performance. The Saturn ASN 120/140 also comes with somewhat great features.

With stellar spring the cooler is designed with the transparent ring. Delivering high airflow and air pressure with PWM the device works silently. InWin’s Jupitar Series AJ120/140 is another CPU cooler you can count on. 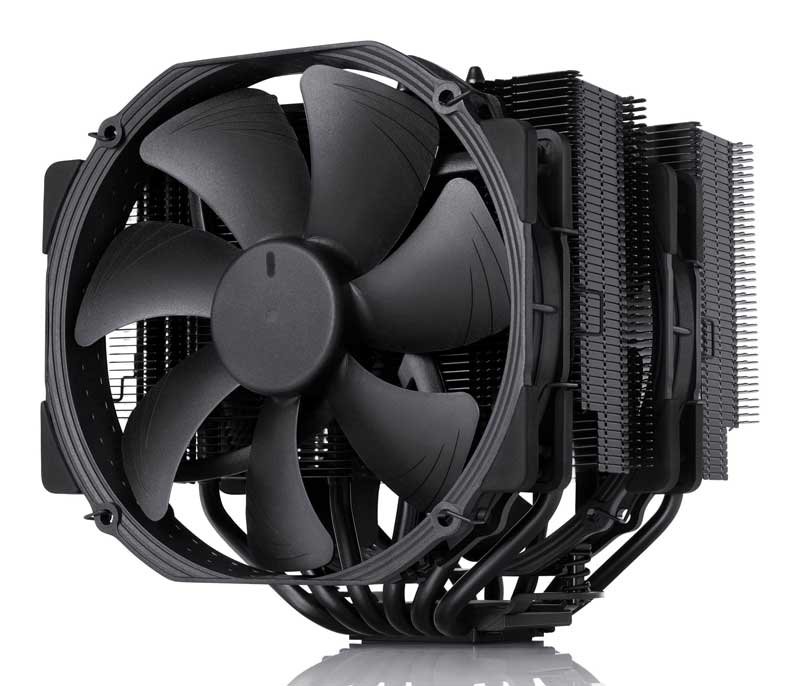 The Austrian company Noctua was founded in 2005 and within this short period the brand has gained immense response from the tech lovers. The company manufactures some of the most reliable CPU coolers hence, it is also one of the best CPU cooler brands. Its very first product the NH-U9 and NH-U12 were launched in 2005.

Now, the Noctua Nh-D15 is literally ruling the market. It is also the most expensive one yet, the best of all time. Offering a super quiet operation the device includes dual 140mm fans. Its previous version the Noctua Nh-D14 is an award winning product. Even it’s NH-L12S is one of the best low-profile CPU coolers out there. 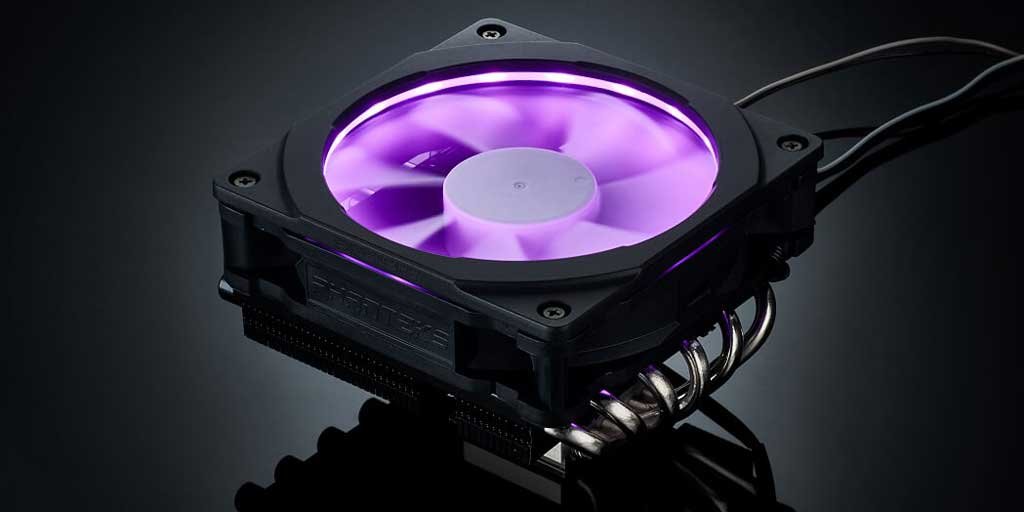 The Dutch company Phanteks is also on the verge to be the best one among the best CPU cooler brands. The brand is trying hard to offer the best cooling device possible to its customers. The company’s first ever product to manufacture was a CPU cooler named PH-TC14PE. This cooler has brought a great reputation for the company. The Phanteks CPU cooler is an expensive yet, the most performing CPU cooler. Even with a large heatsink, the product is extremely lightweight. With a P.A.T.S. housing, the Phanteks’ CPU coolers can never be a wrong choice.